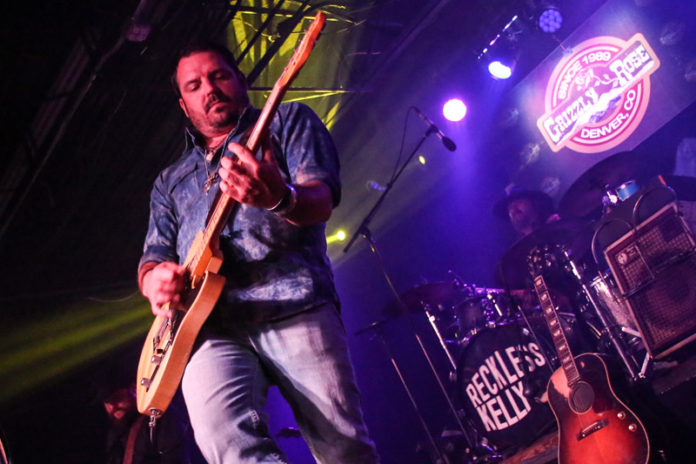 Well, it was all the crowd could do to keep from crying. Sometimes the perfect country & western concert presents itself, and it’s usually at the World Famous Grizzly Rose. Starting up the night wasn’t Waylon Jennings, or Charley Pride, or Merle Haggard, it was Nathan Dean and the Damn Band.

Featuring Nathan Dean on vocals and guitar, Preston Phillip on guitar and vocals, Nick Miranda III on bass and vocals, and Bill Bogan on drums and vocals, the band mixed in solid country hits and Red Dirt music with an abundance of original tunes, that included songs off their current release Citizen of the Universe.

Nathan Dean and the Damn Band started their set with Son of a Gun, and continued the party with more original, honky-tonk approved drinking tunes that included Cheap Liquor, Sh*t I Would, One More Bender, and That’s My Kind of Party. Not to be left out, Dean and the Damn Band included a slower song with fatherly advice call From Me to You.

Nathan Dean and the Damn Band picked the right night to include recognizable Red Dirt anthems Constantly, Oklahoma Breakdown, When I’m Stoned, and Alabama. They also shared their versions of Broken Halos and The Weight before Reckless Kelly continued the Texas Country-Rock/Red Dirt celebration.

Reckless Kelly will be hanging out in Colorado this week and then will head to Colorado Springs on Aug. 2 to play at Stargazers Theatre with special guest Sandy Wells.

Check out previous coverage; 1/11/19 Reckless Kelly at The Grizzly Rose, with Nathan Dean & The Damn Band and Garrett Speer