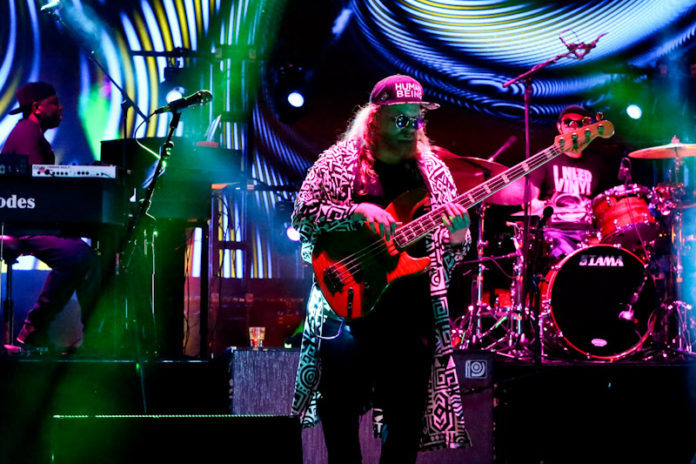 Genre-defying funk-jazz-soul-hip-hop-psychedelic-jam-art-rock-experimental-avant-garde music titans LETTUCE will release their sixth studio album, Elevate, on Friday, June 14th and officially celebrate the release of the album at the legendary Red Rocks Amphitheatre on Saturday, June 15,with their 4th annual Rage Rocks show. The evening will feature two full sets from Lettuce, one of which will be a Jerry Garcia Band cover set, along with support from TAUK and The Soul Rebels.

Elevate (Regime Music Group) features new single, “Krewe,” which BrooklynVegan called, “a very catchy slice of instrumental funk; you can hear both the psychedelic influence and the hip hop influence coming through on this one.” PRESS HERE to listen to “Krewe” and receive an instant download with any album pre-order. Elsewhere on the 11-track album, Lettuce explores its funk roots in the Tower of Power-like punch of “Ready to Live” (a cover of a song by Cold Blood’s Lydia Pense), the Prince-like swagger of “Royal Highness” and the OG blues-soul of “Love Is Too Strong,” which sees a vocal cameo from Marcus King. Expanded trip-hop sounds create a space age audio-scape on tracks like “Trapezoid,” “Gang 10” and “Purple Cabbage.” Their take on the Tears For Fears hit “Everybody Wants to Rule The World” features Hall on vocals, and Smirnoff nods to Carlos Santana and Trey Anastasio on the Latin-flavored and playfully named “Shmink Dabby.” Full track listing is below.

It’s been more than 25 years since the formation of Lettuce, a democratic ensemble in which there is no leader, but a complete unit that functions as a single entity with plenty of moving parts. The magic continues to grow with the band’s new album, Elevate.

Check out Rage Rocks coverage from 2018 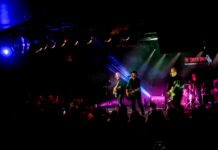