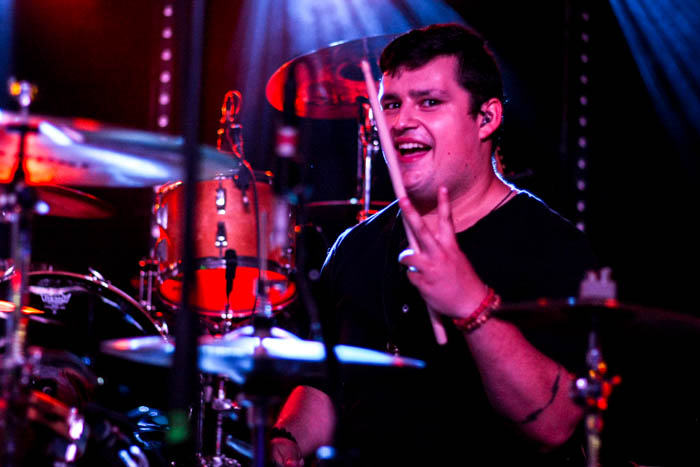 Alec Garcia, drummer for the country Supergroup SLAMABAMA, is a busy man. So busy in fact that he’s had his grandmother in San Francisco take over his Facebook page. (Have you seen the picture of him when he switched shirts with that girl at the club?) While outsourcing social media is not uncommon, it is unusual that a dial-up user is in charge of the star. We imagine she is enjoying bean sandwiches and quac all by itself as she combs the internet and goes through her files of old photos to keep Alec’s page current.  We look forward to future posts and getting to know Alec through his grandmother’s eyes.

Last week’s FAKE NEWS: Did Alec give up his drumming dream to become a bull rider?