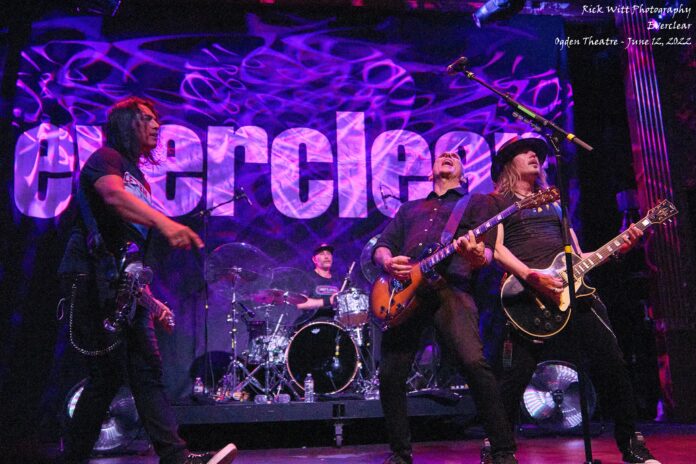 In 1992 a young singer, songwriter, and guitarist named Art Alexakis placed an ad in a Portland, OR local music weekly called The Rocket, looking for musicians to join him in forming a band.  That band ultimately became Everclear.  Thirty years later, Alexakis and a reformulated Everclear are still at it.

Last night Everclear brought their 30th Anniversary Tour to the Ogden Theatre in Denver.  It was just the fourth date of the young tour, and the third consecutive night of gigs in Colorado (Friday night in Grand Junction and Saturday night in Colorado Springs).

With support from fellow 90’s alt-rock bands The Nixons and Fastball (the latter is the band who gave us one of the greatest pop-rock songs of all time, “The Way”), the evening was something genuinely special. Both opening bands presented quality sets that brought back great memories for many in the capacity crowd.  But it was Everclear’s 18-song, two-hour set that whipped the capacity crowd into a frenzy.

In addition to frontman Alexakis, the current incarnation of Everclear includes Davey French on guitar, Freddy Herrera on bass, and Brian Nolan on drums.  That’s mostly the same lineup that produced the band’s outstanding 2015 album Black Is The New Black, minus Josh Crawley on keys and Nolan replacing Sean Winchester on drums.  Herrera and French have been with the band since 2010. 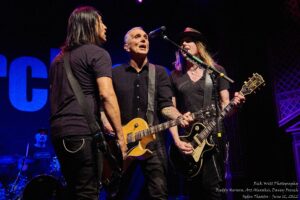 If you’ve followed Everclear from the beginning, you know that their first album, 1993’s World of Noise, hasn’t been available on digital platforms until just a few days ago (released on Friday, June 10).  Alexakis promised that the 30th Anniversary Tour would dig deep, and he delivered.  Last night’s set included 4 songs from the World of Noise album, including the deep/bonus cut “Blondes”, “Fire Maple Song”, Nervous & Weird”, and a song Alexakis semi-jokingly dedicated to himself, “Loser Makes Good”.  Including those songs in the set was a terrific way to re-introduce fans to a great album that sometimes gets lost in the shuffle of the platinum and multi-platinum releases that followed it.

In 1998 Everclear received the Billboard Music Award for Modern Rock Artist of the Year.  Their last two albums, 1995’s Sparkle & Fade and 1997’s So Much for the Afterglow had reached Platinum and Double Platinum status (respectively), fueled by some of the band’s all-time most popular tunes, including “Santa Monica”, “Everything to Everyone”, “I Will Buy You a New Life”, and “Father of Mine”.  Yes, of course, all of those songs were part of last night’s set.

(Surely hearing The Nixons perform “Sister”, Fastball perform “The Way” and Everclear perform “Santa Monica” during the same evening has to qualify as something approaching 90’s pop-rock heaven.)

Additional highlights of Everclear’s set included “The Twistinside”, “AM Radio”, “Local God”, “Volvo Driving Soccer Mom” and the band’s most commercially successful single, “Wonderful”.  For a quick change of pace, Alexakis picked up an acoustic for the short but beautiful “Song From An American Movie, Part 1”, a poignant ode to his daughter. 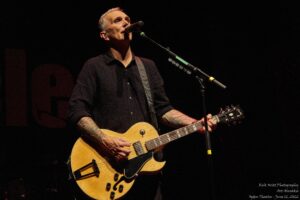 With the exception of the above noted acoustic break, the set was high energy from start to finish.  Having just turned 60 in April, Alexakis obviously isn’t as spry as he once was, but that didn’t stop him from bouncing and jumping like a much younger man.  His voice was just as strong, steady, and engaging as it has been for the past 30 years.  Herrera and French, positioned on either side of Alexakis on the wide-open stage, were incredibly animated, and at one point completely flip-flopped sides of the stage. Because they’re hidden behind their kit, drummers often get overlooked relative to the up-front members of the band. But it would be impossible to overlook Nolan, who was powerful and on-point the entire evening.

In writing reviews of concerts, I’m naturally drawn to use a lot of adjectives to add color and personality to my accounts.  Even understanding that requirement, I try to limit my use of over-the-top terms than present me completely as a fanboy. In thinking about how last night’s crowd responded to Everclear’s performance, the only term that seems completely accurate is “adoring”.  From the minute they walked on stage, Alexakis and crew had the crowd eating out of their hands. They (the crowd) knew all the words to every song, even the obscure and deep cuts the band took such delight in presenting.  Denver audiences are always outstanding, but last night’s may have been the most outstanding of any show I’ve seen in the past six months.

By any standard, Everclear has had an outstanding run.  Eleven albums, more than six million records, sold, and a dozen top 40 singles.  Beyond all that, it’s the power behind Alexakis’ songs that really tell the story of what this band has meant, and continues to mean, to its legions of loyal fans. Yes, those songs are catchy and easy to sing and dance to, but there’s an earnestness and honesty behind them that tell the story of who Art Alexakis is.  Even if you’re not a fan of his music, you have to admire the man.  “Loser Made Good”, indeed.