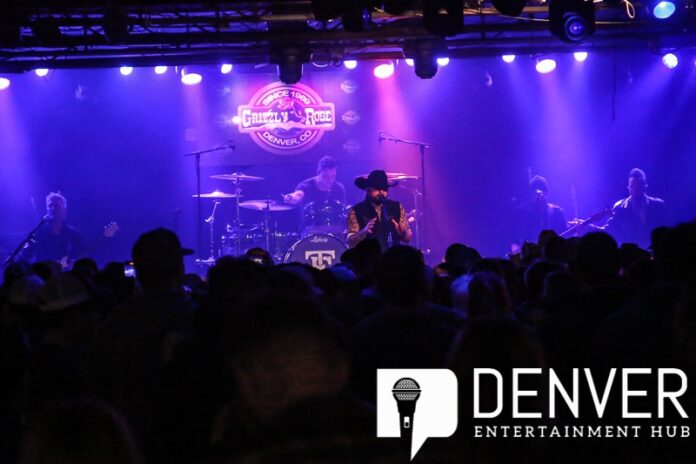 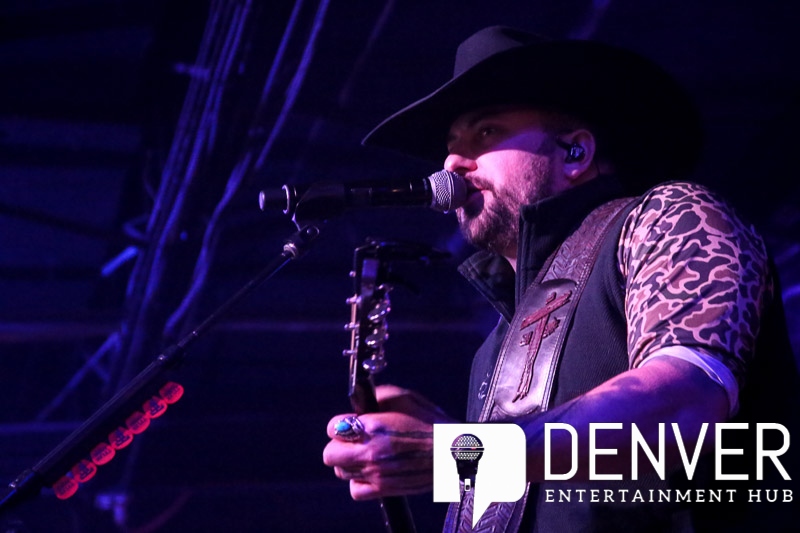 Cowpokes and Tenderfoots filled the venue for country-rocker Tyler Farr, from Garden City, Missouri, and currently out of Nashville, Tennessee. Farr emerged from the darkness with God’s Gonna Cut You Down, before heading straight into C.O.U.N.T.R.Y., Whiskey in my Water, and Better in Boots. Farr also knows how big 90s country was and still is, as he included Some Girls Do, and Church on Cumberland Road. Farr saved his most popular song until the end, A Guy Walks into a Bar. Find the full setlist in the photos below. Supporting Farr on stage was Mark Poiesz on drums, Dan Weller on guitar, Gary Jannaman on guitar, and Mark Caldwell on bass. 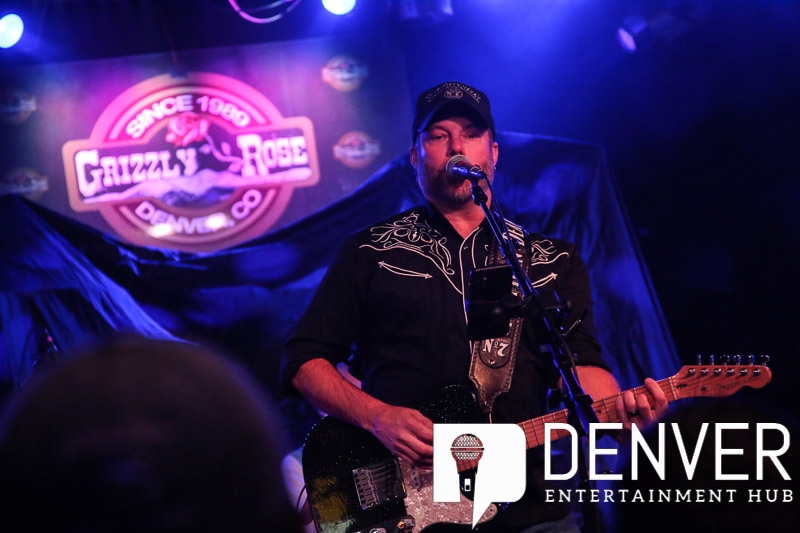 Simon-pure performers Nathan Dean & The Damn Band from Arizona started the night. Playing from a wide range of tunes, from 90s Country to Tyler Childers, Nathan Dean & The Damn Band had front-row clodhoppers thirsty for Classic Country and original, drinking tunes such as Cheap Liquor, One More Bender, and That’s My Kind of Bar. Dean also lassoed in a new song, Test Drive. Other songs included Starting Over, Chattahoochee, Hell of a View, Country Roads, The Devil Went Down to Georgia, Fishing in the Dark, Cover Me Up (Jason Isbell’s tune, not Morgan Wallen), Feathered Indians, Whitehouse Road, and Long Hot Summer Days.

Head gaucho Nathan Dean was supported by ranch hand Bill Bogan who wrangled the drums and supported on vocals, cattleman Kody Raine on guitar and vocals, and buckaroo Chris Duke on bass.

That’s my kind of party. Follow Nathan Dean & The Damn Band at nathandean.net.

Friday night was a hog-killin’ time. Check out grizzlyrose.com to see the upcoming Stock Show lineup that includes Casey Donahew and Ned Ledoux. 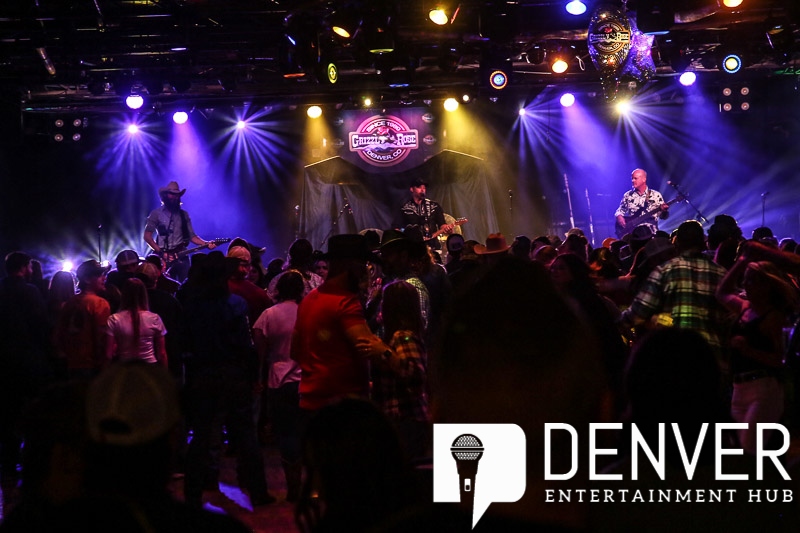 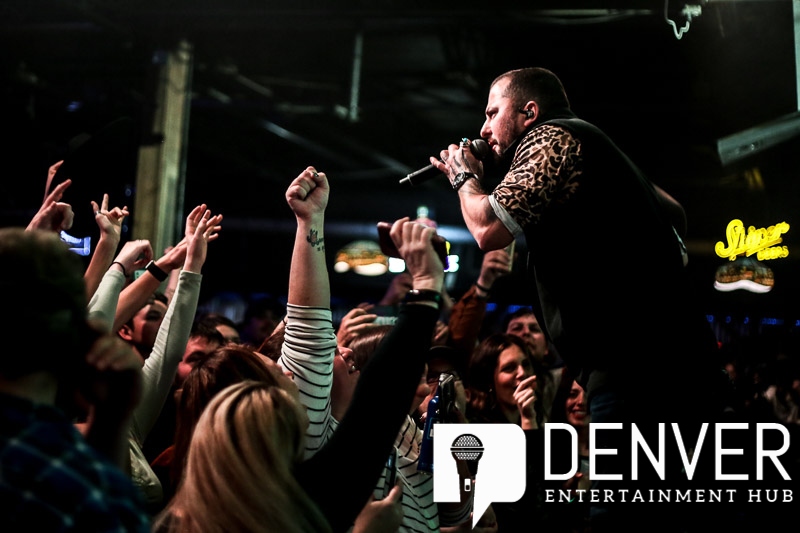