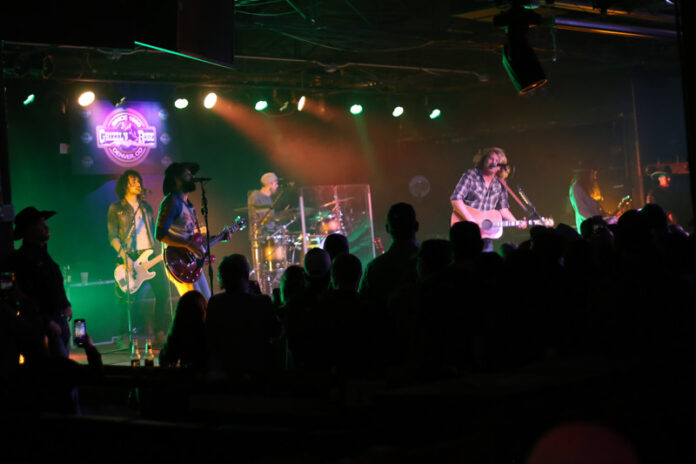 William Clark Green brought a bunch of his Texas fans to the Grizzly Rose on Friday night as they make their way up to the 2020 Steamboat Music Fest. Green is an Americana Singer-Songwriter based out of Austin known for his Texas Country, Red Dirt sounds. Supported on stage by Cameron Moreland, Josh Serrato, Sawyer McGee, and Steven Marcus, Green started his set with Next Big Thing. He’s no longer the next big thing, but to many, he’s the big thing now. 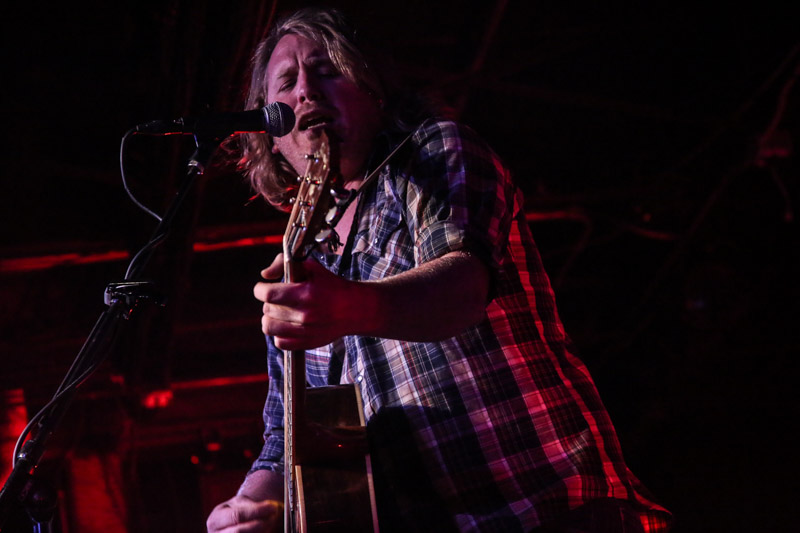 Playing from 5 studio albums and 2 live releases, Green gave devotees an amazing start to the new year, and showed new followers what he’s all about through songs such as Sympathy, Stay, Herbert Island, and Ringling Road. Find the full setlist below.

Check out William Clark Green’s She Likes The Beatles; 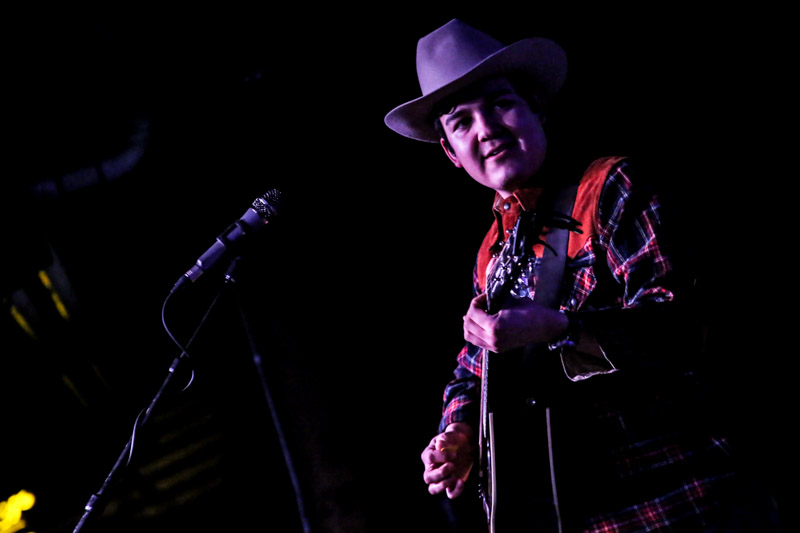 Out of Lubbock, TX, Flatland Cavalry played a rocking set of Country-Folk-Americana before WCG took the stage, and even brought up William Clark Green to have some fun with their song Coyote. Lead vocalist Cleto Cordero played guitar and wore his heart on his sleeve, while Reid Dillion handled the electric guitar, Wesley Hall played the fiddle, (if you’re gonna play Texas music outside of Texas, you better have a fiddle in the band), Jonathan Saenz popped the bass, and Jason Albers hit the drums. 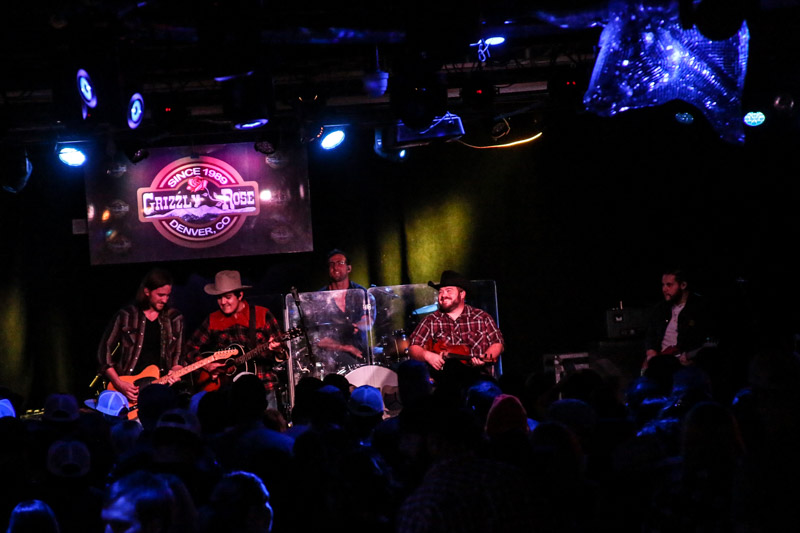 Flatland Cavalry impressed listeners with tunes such as Honeywine, Sober Heart of Mine, and Devil Off My Back. Find the full setlist below. But where was Kaitlin Butts? Hope she’s feeling better. 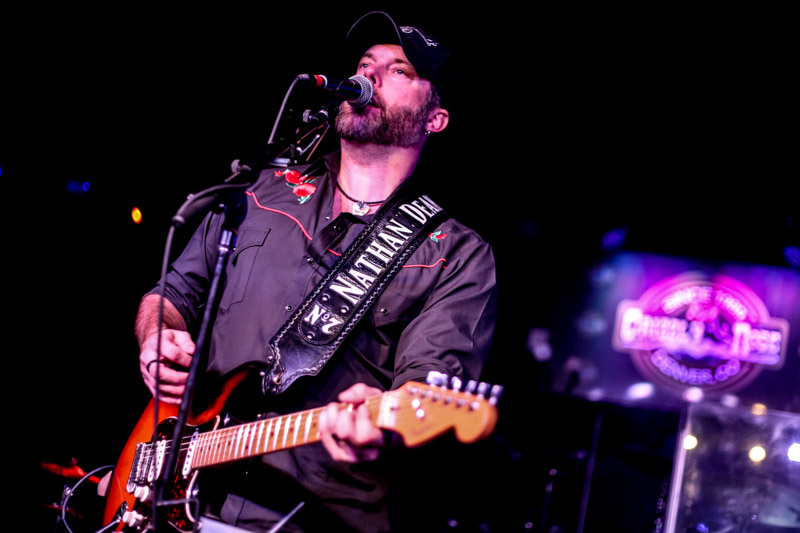 Starting out the night was Nathan Dean & The Damn Band, out of Arizona. Featuring Nathan Dean on vocals and guitar, Kody Raine on guitar and vocals, Nick Miranda III on bass and vocals, and Bill Bogan on drums and vocals, the band played solid original tunes Cheap Liquor, When I’m Gone, From Me To You, One More Bender, Son Of A Gun, Sh*t I Would, and That’s My Kind Of Bar. ND&TDB also mixed in Red Dirt anthems Alabama & Oklahoma Breakdown much to the delight to the early arrivers. Other songs included Long Hot Summer Days, Hippies and Cowboys, and The Weight.

Read the DEH review of ND&TDB’s Citizen of the Universe here. 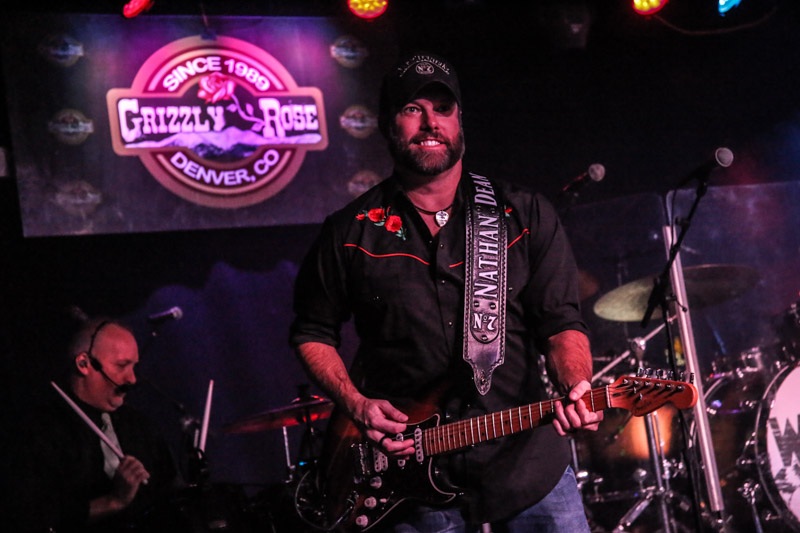 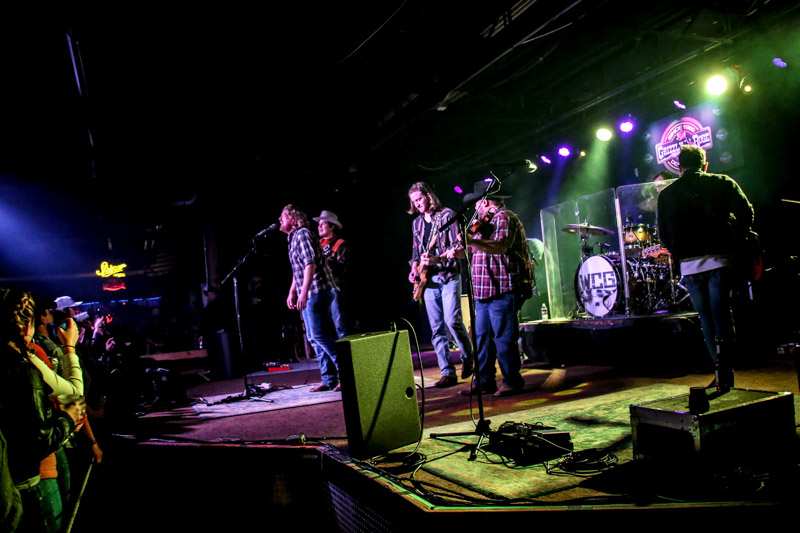