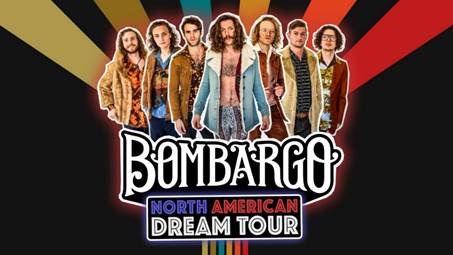 “We couldn’t be more excited to tour the USA for our very first time!,” shares lead vocalist Nathan Thoen. “The inception of Bombargo happened at a music festival in the States, so having the opportunity to tour through this majestic country has the dream coming full circle!”

Bombargo (Nathan Thoen [vocals], Spencer Chilliak [guitar/vocals], Anthony Thoen [guitar], Matt Folkerson [guitar/keys], Sammy Lee Folkerson [bass], Connor Newton [saxophone], Niall Cubbon [drums]) drops a vibrant splash of soul on their funky indie vibes with layers of rock and R&B infused throughout. The band brings unrivaled energy to the stage with sing-along anthems, magical five-part harmonies, and powerful messages of hope, happiness and chasing your dreams that combined make for one of the most passionate and memorable live shows ever – they guarantee it! PRESS HERE to learn more about “The Good Time Guarantee.”

After attending the Sasquatch! Music Festival over five years ago, Nathan and Spencer were inspired to form a band. Bombargo soon put out an EP and, in 2017, released their debut full-length album, We Are Bombargo. The band has been rapidly making a name for themselves ever since with their captivating music and exuberant live performances, opening for John Butler Trio, Michael Franti & Spearhead and The Dead South along the way. Bombargo is currently writing and recording their second full-length record while shooting an autobiographic film set to coincide with the release. 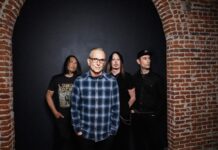