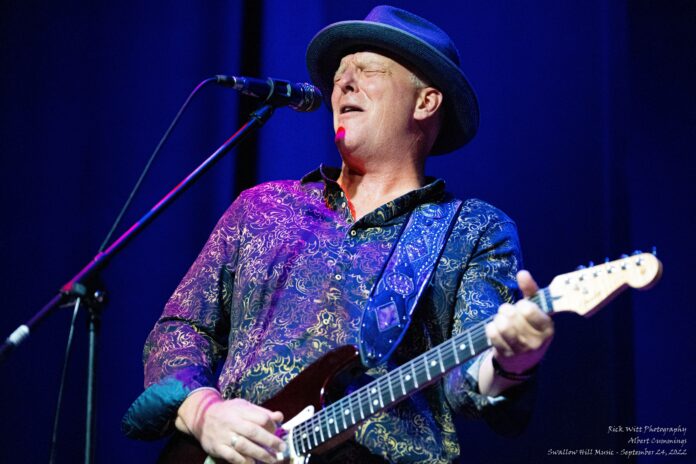 As a twelve-year-old growing up in Massachusetts, Albert Cummings’ first foray into music was on the five-string banjo, channeling his interest in bluegrass music.  Fast forward to 1987, when then college student Cummings attended a concert by Stevie Ray Vaughan.  Bye, bye banjo, hello guitar.  The blues had claimed another heart and soul.

It would be 13 years before Cummings, then part of a trio called Swamp Yankee, would release his first album.  And it would be another three years before he would release his first solo album, From The Heart.  Coming full circle, Heart was produced by Tommy Shannon and Chris Layton (from Double Trouble) and featured Shannon, Layton, and keyboardist Reese Wynans as Cummings’ backup band.  It was the first time the three had recorded together since Vaughan’s passing.

Thirty-five years after that life-changing SRV concert, Cummings is touring in support of his most recent release, this year’s Ten.  Last night, Cummings and his band brought their tour to Swallow Hill Music’s Daniels Hall. 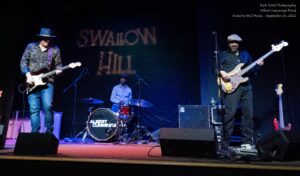 If you’ve never attended a concert at Daniels Hall, you are missing something special.  It’s an incredibly intimate venue, with a capacity of 300.  To see anyone in that kind of environment is great, to see someone as renowned as Cummings, is extraordinary.  Kudos to Swallow Hill Music for pulling that off.

Cummings is an exceptionally talented guitarist who can jam with the best of them.  He’s been favorably compared to many of the greats – Albert King, Freddie King, Stevie Ray Vaughan, and Jimi Hendrix.  But as he’s matured as an artist, Cummings’ music has taken on both breadth and depth, blending genres to create something distinctly his.  The country influence on Ten is unmistakable, and a joy to listen to.  I personally think it’s the best album of his career. 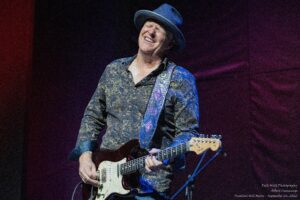 Last night’s 14-song, hour and 45-minute set included just two songs from the new album, “Hard Way” and “Too Old To Grow Up”.  Although I would have liked to have heard a few more songs from Ten, it’s hard to complain about the songs in the set.  At this stage in his career, Cummings has an exceptionally deep catalog, and last night’s set did a great job of covering a lot of ground.  From the opener (“500 Miles” from 2012’s No Regrets) to the closer (“Blues Makes Me Feel So Good” from 2004’s True To Yourself), the enthusiastic and boisterous crowd was taken on a comprehensive tour of the great music Cummings has been cranking out for the past two-plus decades.

Highlights of the evening were numerous.  In the middle of opener “500 Miles”, Cummings inserted an homage to Peter Frampton in the form of a familiar riff from the legendary Frampton Comes Alive Album.  Later in the set he did that same in an homage to SRV, in the middle of “I Found You”.  “Barrel House Blues”, a song that was written specifically for Cummings by the members of Double Trouble, is always a highlight of a Cummings’ performance.  And his blistering version of “Lonely Bed” was a classic showstopper.

Honestly, the real highlight of the evening was the sense of fun presented by the entire band.  Bassist Scot Sutherland and drummer Warren Grant have been with Albert for a long time, and the affection they have for each other is palpable.  This is a trio that is having a great time on stage.  That feeling is picked up by the audience, magnified, and sent right back to the stage.  Case in point… the audience participation in “Blues Makes Me Feel So Good” was so energetic, it might have even caught Cummings off guard.  The smile on his face the first time the audience roared out “makes me feel so good” was as broad as anything I’ve ever seen from any performing artist.  It genuinely made him, and the band, “feel so good”. 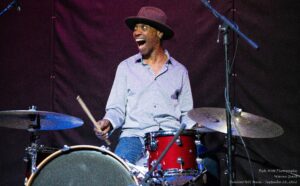 That good vibe continued after the show, when Grant hung out in front of the stage, chatting with appreciative audience members, and Cummings hung out in the lobby, chatting and taking pictures.  I heard one audience member, as they were exiting the building, comment, “he’s just such a nice guy!”.

One more nod to both Sutherland and Grant, for their respective solos in the songs “Your Own Way” and “Movin’ On”.  In many shows these solos feel almost obligatory and forced, that wasn’t the case this evening.  Sutherland’s bass solo had the crowd in serious groove mode, and Grant’s drum solo, accompanied by his infectious smile and animated facial expressions, got the handclapping going full force.  They are terrific musicians individually, and a formidable rhythm section combined. 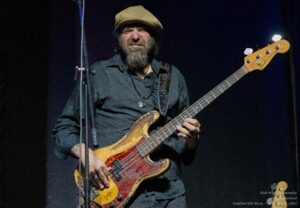 But let’s face it… the star of the show is and was Cummings, with his incredible guitar playing, powerful singing voice, and relaxed stage presence.  He makes you feel like he’s there just for you, two old friends getting together for a night of great music and a beverage or two.  What an exceptional way to spend a beautiful Saturday night.