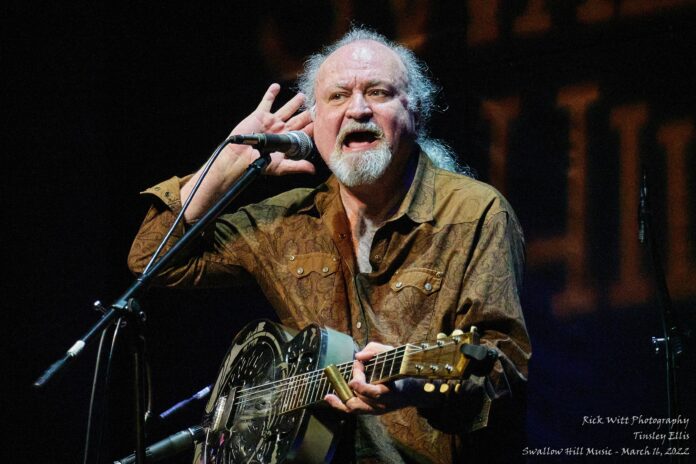 Devil May Care, Ellis’ 20th album release, may be the most introspective and personal album of his storied career.  The ten songs on the album were selected from more than 200 he wrote in his basement workshop during an 18-month stretch following the initial COVID lockdown.  He streamed many of those new songs weekly on his Facebook page, soliciting feedback from listeners.  Much of that feedback contributed to the process of selecting the songs that made their way to the album.

Ellis and company opened the evening with the lead track from the new album, One Less Reason.  Ellis describes the song as a “rollicking shuffle”, explaining that after the last two years, people are ready to have some fun.  The tune set the tone for the night, putting the Daniels Hall crowd into a party mood.  It was cold, rainy, and snowy outside, but no one inside cared a lick about that. 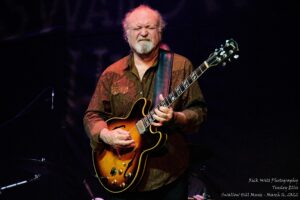 The evening’s 15-song setlist included three songs from the new album, four from his 1994 release Storm Warning, a handful of classic covers, a pair of instrumentals, and another handful of Ellis live standards.  One Less Reason was followed by the previously mentioned cuts from the Storm Warning album – To The Devil For A Dime, A Quitter Never Wins, The Next Miss Wrong, and Cut You Loose.

A Quitter Never Wins is my personal Ellis favorite.  Slow but powerful, originally penned by Ellis and Margaret Sampson, Quitter is probably better known from the cover version recorded by Jonny Lang in 1996.  The Lang version is exceptional, but hearing Ellis perform it live is a special treat.  I personally hope he never removes it from his live setlist.

Before moving into a trio of blues standard covers, Ellis surprised the crown with Catalunya, a beautiful instrumental from his 2013 all-instrumental album Get It.  It was a fabulous interlude that led into a rollicking cover of Freddie King’s Double Eyed Whammy.  Whammy was played full-tilt, after which Ellis grabbed a stool and his classic 1932 National Resonator (which he refers to on-stage as “the shiny guitar”) for slower covers of I Can’t Be Satisfied(Muddy Waters) and Little Red Rooster (Willie Dixon/Howlin’ Wolf).  Ellis’ slide playing on both tunes was impeccable.

The regular set continued with two tunes from the new album – up-tempo rocker 28 Days followed by the slow burn of Last Train To Hell.  The latter has a definite Blue Jean Blues vibe that you hear from the opening notes.  Slow and soulful, with beautiful guitar work that you feel as well as hear.

The set closed, as Ellis shows frequently do, with Pawnbroker, from the 1989 Fanning The Flames album.  The song is a scorcher – pure and simple.

After a very brief pause, the band returned to the stage for a three-song encore, the highlight of which was another blues standard – a cover of Tampa Red’s mid-tempo classic It Hurts Me Too. In my humble opinion, one of the finest blues tunes ever written.

Ellis is an exceptional performer, with an on-stage presence and charisma second to none.  His playing is expressive and spirited, and his banter with the crowd makes every performance personal.  When he tells stories of his encounters with the greats of blues music, his reverence for both the people and the music itself is on full display.  This is a man who loves what he does and knows how fortunate he is to have been able to make music, and play that music live, his life’s work.

Ellis’ two-piece backup band was made up of long-time drummer Erik Kaszynski and 20-year-old newcomer Andrew White on bass.  Both were flawless in their support roles. But make no mistake about it – this was Ellis’ show.  No grandstanding bass or drum solos.  Just plenty of good old-fashion southern blues rock from the master.

Review and photos by Rick Witt 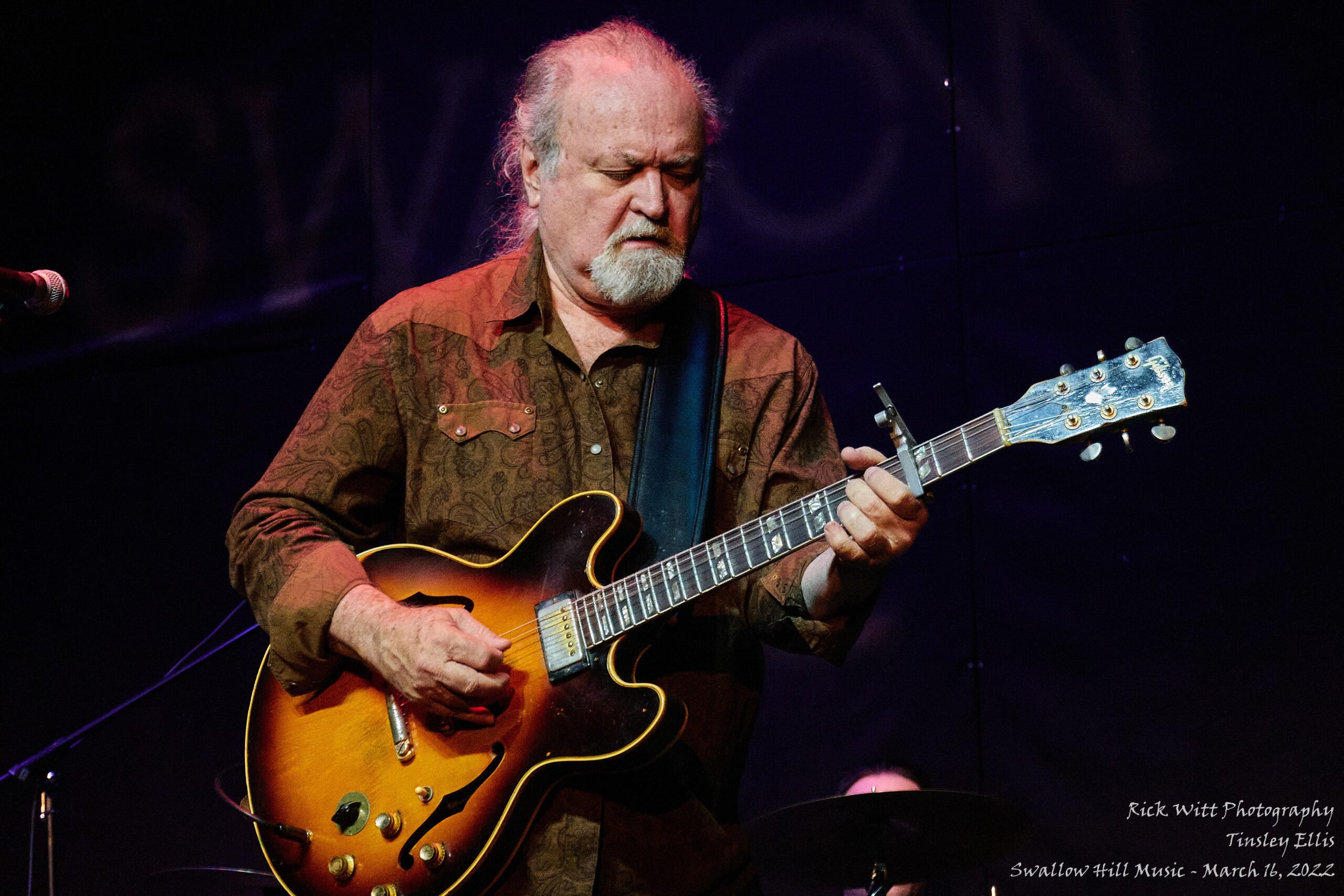