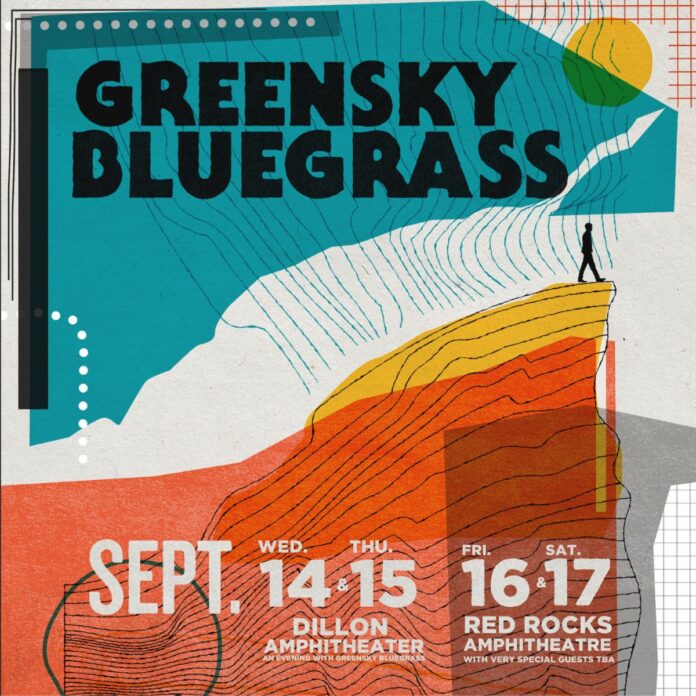 Greensky Bluegrass are thrilled to announce their return to Colorado for four unforgettable performances. The band will kick things off with An Evening With Greensky Bluegrass Sept 14 and 15 at the Dillon Amphiteater. Then, the band will head down the mountain to Morrison for two more fun-filled evenings at Red Rocks Sepr 16 and 17. Special guests for Red Rocks TBA. For more information and all up to date news and tour info visit greenskybluegrass.com.

Ahead of the release, Stress Dreams received high praise from critics. Garden & Gun calls the album “one of the most complete and engaging of the group’s more than twenty-year career” and Glide says “Stress Dreams perfectly exemplifies, once again, why Greensky Bluegrass is heralded as one of the most important & influential bands of the modern progressive-bluegrass era.”

Since their 2000 formation in Kalamazoo, MI, the quartet—Anders Beck [dobro], Michael Arlen Bont [banjo], Dave Bruzza [guitar], Mike Devol [upright bass], and Paul Hoffman [mandolin]—have unassumingly progressed into a phenomenon on their own terms with the undying support of a devout audience. Rolling back and forth across North America on successive tours, they’ve sold out multiple dates at Red Rocks Amphitheatre, the Ryman Auditorium, the Fillmore Detroit, Riviera Theater Chicago, and many more. Beyond standout sets at Bonnaroo, Outside Lands, New Orleans Jazz Festival, Telluride Bluegrass Festival, and Austin City Limits, they co-own and have headlined 4848 Festival and Strings & Sol. In 2019, “All For Money” marked their second #1 debut on the Billboard Top Bluegrass Albums Chart and third straight Top 3 entry. They’ve also earned critical acclaim from Billboard, Parade, NPR, and Rolling Stone who hailed them as “representing the genre for a whole new generation.”

For the past century, bluegrass music has traditionally relayed real tales of American life, struggle, tragedy, and triumph. It gives a voice to the quiet, yet colorful stories woven into the fabric of the country itself. Greensky Bluegrass live these stories through their records and performances.

When touring ceased in 2020 in the face of the global pandemic, the band hunkered down and compiled demos individually at first, sharing emails and voice notes. In July 2020, they got together for the first time in four months, dedicating rehearsals to the development of the new material. Once circumstances safely permitted, they recorded what would become Stress Dreams during a session in Guilford, VT and two sessions in Asheville, NC with frequent collaborator “and old friend” Dominic John Davis as producer and “wizard engineer” Glenn Brown mixing. They preserved the hallmarks of their sound while widening its expanse.

“Greensky is and always has been very unique in our world,” says Paul Hoffman. “We put our love, energy, and focus into what we appreciate about our music. We come together as a band in a way that’s organic. We take a lot of pride in how we grow and challenge each other too. We’re maturing together. I think we get more Greensky all of the time.” 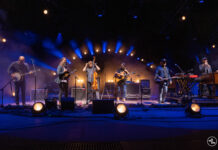