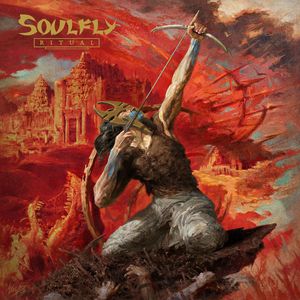 Revered Phoenix-bred metal band Soulfly is kicking off a tour in February in support of their latest album Ritual (2018). The tour will be swinging through Denver for a show at Marquis Theater on February 3rd.

Both ancient and modern cultures rely heavily on rituals. From religious proceedings that date back millennia to daily 21st century routines such as checking social media, humanity gravitates towards ritualistic behavior for the appearance of order and a semblance of control over life’s chaos. Perhaps more than any other artform, ceremonious behavior defines heavy metal. Thousands of fans worship at the altar of a speaker or congregate in person for the sermon of a live show.

Two decades into their storied career, SOULFLY continues to engender near cultish zeal with each subsequent album and tour. In that sense, the group’s eleventh full-length, »Ritual« [Nuclear Blast], lives up to the promise of its name with a metallic ceremony of the highest order. The iconic gold-certified quartet—Max Cavalera [vocals, guitar], Marc Rizzo [lead guitar], Zyon Cavalera [drums], and Mike Leon [bass]—cast their word in bludgeoning riffs, thunderous percussion, and menacing growls. The title proves apropos to say the least.

During 2018, Max and Co. began to prepare this latest body of work. Three years prior, »Archangel«  marked something of a rebirth. Its extreme tendencies engendered unanimous critical praise from the likes of Loudwire, Metalsucks, Metalinjection, Blabbermouth, and more as they toured with SOILWORK, DECAPITATED, and many others. Notably, they also performed the classic NAILBOMB debut, »Point Blank«, in its entirety on a much-praised 2017 run.

Returning from the road, they hit the studio with GRAMMY Award-winning producer Josh Wilbur [LAMB OF GOD, TRIVIUM, ALL THAT REMAINS] for the very first time. Drawing on longtime fandom, he immediately clicked with the musicians from behind the board.

“Josh brought a lot of energy to the recording process, and I love his sound,” the frontman goes on. “He produced this record as a SOULFLY fan. He really made an album that he always wanted to hear.”

A tribal chant builds behind an eerie wail before transforming into a neck-snapping groove on the album opener and title track ‘Ritual’. Elsewhere, double bass drives ‘Evil Empowered’ as deft shredding steamrolls towards a soaring scream of ‘Rise above.’

“The tribal elements of early SOULFLY are evident,” exclaims Max. “I feel like we have a good lineup and catchy grooves—it’s good to get back to the grooves!”

Continuing a long tradition of friends and family joining the ceremony, ‘Dead Behind The Eyes’ welcomes LAMB OF GOD singer Randy Blythe into the fray. He and Max lock into a deadly call-and-response in homage to Hellraiser that’s as vicious as it is vital.

“‘Dead Behind the Eyes’ is about the Hellraiser character, Cenobite,” he goes on. “It’s also about how the monks from old times chastised themselves.”

Meanwhile, ‘Under Rapture’ thrives on machine-gun riffing and a cameo courtesy of death metal demigod Ross Dolan of IMMOLATION. Max elaborates, “‘Under Rapture’ is about how we think about life and death and why we all need to have spiritual beliefs in our lives.”

You can also believe in SOULFLY.

Twenty-plus years since their self-titled debut, they maintain an unchallenged spot in true metal’s pantheon. Their legacy spans the gold-certified »Soulfly«  as well as classics such as »Primitive«, »3«, »Prophecy«, »Dark Ages«, »Conquer«, »Omen«, »Enslaved«,  »Savages«, and most recently, »Archangel« . Moreover, a tradition of collaboration encompasses some of metal’s greatest team-ups ranging fromChino Moreno of DEFTONES and Corey Taylor of SLIPKNOT to Tom Araya of SLAYER and Todd Jones of NAILS. However, »Ritual« represents a full circle moment for the group. Not only does it mark the band’s two-decade anniversary, but it also will be the third album to feature Max’s son Zyon behind the drum kit. In the end, the »Ritual« sees SOULFLY at its strongest.

“When you listen to this, I hope you can feel the real meaning of SOULFLY and what it means to our Tribe,” Max leaves off. “SOULFLY fans don’t have boundaries like many fans of different metal genres, and they can appreciate a variety of styles and spiritual topics. I am very proud of SOULFLY after 20 years in the Metal world.  Having Zyon on drums is a great feeling.  I am passing the torch.  Our Tribe is stronger than ever!” – Rick Florino, June 2018 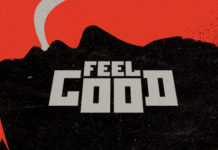 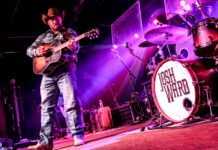 Upcoming Event; Josh Ward at The Whiskey Baron on 2/27