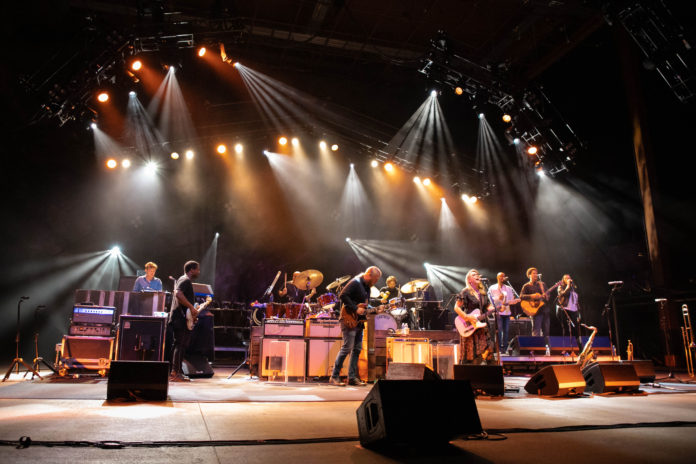 Tedeschi Trucks Band’s increasingly successful Wheels of Soul tour returned to Colorado this past weekend, for one of the most anticipated concert events of the summer.

Playing American soul, Blues, Rock and Country, the 12-member Tedeschi Trucks Band, led by the husband and wife team of vocalist/guitarist Susan Tedeschi and guitarist Derek Trucks. The five-week slate of 25 shows included a two-night run at the famous Red Rocks Amphitheater. Celebrating their 10th year as a group, Tedeschi Trucks Band carries a distinguished reputation earned from both audiences and critics all around. Saturdays show had a total of three acts on the list. Opening with Shovels & Rope the American folk duo from Charleston, South Carolina. Then came out the American rock band from Atlanta, Georgia, Blackberry Smoke that see the tone for the night and open for the one and only Tedeschi Trucks Band.

Don’t Do It, Do I Look Worried, Within You Without You, Just As Strange, I’m Gonna Be There, Keep On Growing, Hard Case, Leavin’ Trunk, Volunteered Slavery, Don’t Think Twice It’s All Right, Don’t Keep Me Wondering, Laugh About It, Show Me, Key to the Highway, Bound for Glory, The Storm, Whipping Post

Sing a Simple Song / I Want to Take You Higher

Read more about the 2019 Wheels of Soul Tour here.