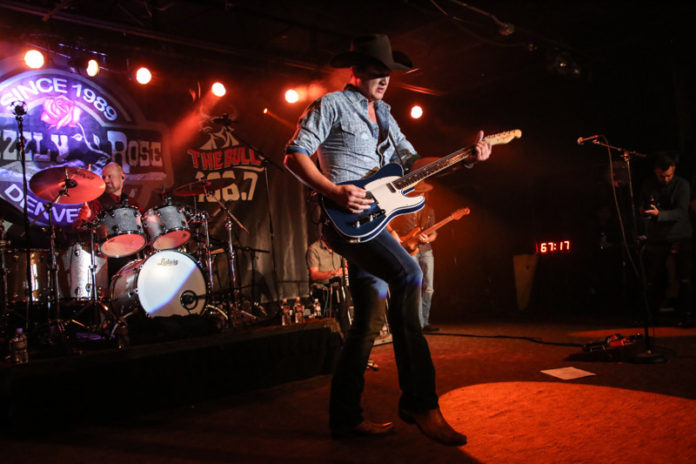 Jon Pardi sold out The World Famous Grizzly Rose on Tuesday night. Even John Elway made it out for some Country music.

Colorado’s own Triple Nickel Band, started the show with high-energy Country hits and a few musical surprises to get the crowd fired up for Jimmie Allen and Jon Pardi. Triple Nickel had Lee Gladney, Ashley Gill, Ed Schifferns, Ed “Jordy” Jordan, and Eric Eberhart on stage for the opening set.

Jimmie Allen, from Delaware and now out of Nashville, captured the attention of the listeners with his hit Best Shot and new earned fans with a touching tribute to his grandmother with 21.

Jon Pardi, from California and also having success in Nashville, headlined the show with Country Hits like Head Over Boots, Dirt On My Boots, Heartache on the Dance Floor. Pardi had fans singing along and enjoying the Tuesday night party well into the night.