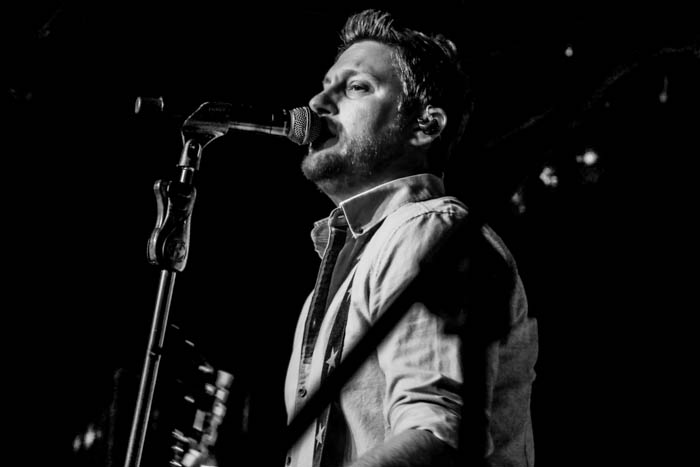 We caught up with Nick Lynch at the Grizzly Rose before they opened for Lonestar on Saturday night. We asked what was new for him and the band and he was excited to share. Nick Lynch: We have a lot going on. I’ve been bringing my band out to Colorado for 2 years now.  My baby back home just turned one.  Last year was kind of crazy. Back in September I felt a pain when I was loading in our equipment and found out that I tore up my labrum hip and hamstring. I ended up getting through the next 3 months with a lot of pain. By the end of November, I could barely walk. I pulled a Bo Jackson and had necrosis of the hip. When I came back home from being on the road, I had a come-to-Jesus conversation with myself.  I realized that I was no so indestructible anymore. I got more recovered and back into the music after the beginning of the year.  I got back in to writing songs. My right-hand, Richie Sambora guy, my band mate for many years, Drew (Andrew Denlinger), can sit down and have successful song-writing sessions. My brain doesn’t work like that. I write when it comes to me. I got some good material from being laid up a little and from having a baby. My wife was wonderful though it all. We’ll be leaving for Nashville after a few days back home from Denver. We’ll be doing a showcase in Nashville and will try to pick up some shows while were there and get some studio time. We’re working with a booking agent that is tied into the Nashville scene and I have a friend there, Steve Mandile, who plays in Sixwire. He and his band do the music on the TV show Nashville. I’ve been writing new material and we bounce ideas back and forth. Faith and Whiskey was an idea that I got from when my grandfather said something about having too much faith or too much whiskey. I sat down in twenty minutes and wrote that song. I am looking forward to putting that one out as a single.

I wish I had more connections and money to promote our current single, I call Shotgun. Check that video out here.

Last time opening up for Lonestar, about a year ago at the Grizzly Rose,  I had my in-ear monitors in, and thought I heard someone in the band singing off-key. I took out my in-ears, and it was two girls in the front row singing. Not well, but they knew every single word of our song. I felt like I must be doing something right.

It’s a long trek out to Denver, but it’s always a fun time. We get the perks of opening up for Nashville artists and get to meet Colorado fans all week when we play here. Last time with Lonestar, they invited us to hang out on their bus. They were super nice. They have families and kids to talk about and being on the road and making music.  It was nice meeting them. They were so good to us. I’ve always loved Richie Mcdonald’s voice. They’ve had nine number one songs, and we’re trying to crack a song into the top 50.

How did you know you would be able to make a living from being a musician? What was it like for you growing up?

I grew up in a small farm town about two hours south of Chicago. I was born Dominic Edward Lynch III. I came from a blue-collar town. My grandfather started a construction company. My dad, my uncles and aunts all worked for him.  Growing up, all I ever did was work. I would go with my grandpa and I wanted to be like him. My grandmother was a singer and dancer her whole life. I was close to my grandmother. I used to go to their house. She would sing and teach me to sing. She played Dean Martin and others from the Rat Pack. She shared her love of all those singers. My dad was an eccentric music fan. He learned guitar, but never showcased his singing. He had a gigantic melting pot of music: Bad Company, Alabama, Willie and Waylon. Right before one of my birthdays growing up, I saw a cd played in the back seat of his car. I thought that’d be a cool birthday present and got excited. When my birthday came, there was this big package that I had to unwrap. It was a gigantic record player with all these records. He said if I listened and learned about all those records, then he’d buy my a cd player. I listened and learned about all those records, Jackson Browne, Bad Company. I wore those records out. I listened to those and some instrumentals, like my grandma’s favorite jazz pianist, Thelonious Monk. I never did ask for that cd player, but that’s where it started.

My Dad traveled the country. People would ask me about him and I’d tell them that he was my dad. I found out I was named after a pretty special guy. My wife fell in love with him. I said I wasn’t sure if we should use that name for our baby, but my wife thought we should, and we did. He could be traced back to Killarney, Ireland.

I was 15 years old, when I was playing music around town. I was pretty green. I was a late bloomer trying to get out and do this music. When I was 19 years old, almost 20, my friend in St. Louis had me come down to try out for American Idol. 30,000 people lined up for the tryouts in St. Louis. I didn’t make the show. I tried again at 28 years old, nearing the cut-off age. I made the show, but got cut before the TV started with the coverage when the number got narrowed down. They decided there was too much Country, and I got sent home, which kind of sucked, but I had a record deal before that, so that was alright. I also was singing with a traveling orchestra. That taught me a lot. I had to sing if I was sick, even if I didn’t want to, every week, no matter what. And I had my band on the side. After 4 years of singing radio-friendly Pop and Rock, and covering the old-school country standards and other Country songs, I quit. It was fun with all the fiddles and horn sections. It was fun around Chicago, but you couldn’t show up without your A-game. Ever. I learned a lot.  It was fun, and it got me focused, and ready for me to do my own thing.

I bartended on the side, but slowly, but surely, it worked for me to do my own music with my band. I want to move forward and put ourselves in good positions. You never know what can happen.

Thanks for the sit-down, Nick. Can’t wait to see you open for Lonestar tonight.

What a cool dude! Check the Nick Lynch website and follow then on all the social media links that can be found at www.nicklynchmusic.com.

Nick Lynch and his band will be back at the Grizzly Rose and the end of September/beginning of October. Get in and see this great talent. 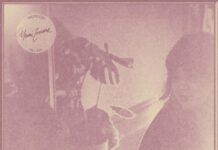 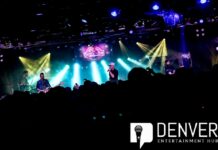 11/5/2021 Granger Smith at The Grizzly Rose, with The Powell Brothers