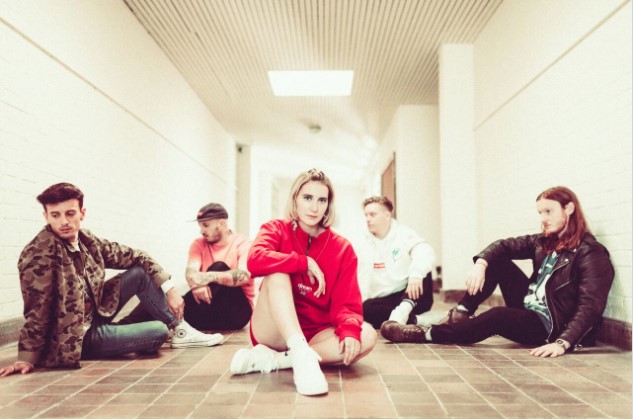 Heartbroken has all sorts of meanings, but when we wrote it we were in a difficult headspace and kinda thought the music industry was out to get us. I know a lot of people have felt that way at some point, including our good friend Joe (from Amber Run). Asking him to sing this with me gave it a whole new feel, his voice is incredible and it made it more special because I think he could totally relate to the lyrics too.

Following three sold out shows in Brooklyn, Los Angeles and San Francisco, the band will bring their infectious vibe back to North America starting on the East Coast on September 25th, which will include a stop at Austin City Limits Music Festival in Austin, Texas on October 5th.

Their memorable bops, which Stereogum has already described as “infectious” and Noisey called “a sparkling slab of indie-pop,” have directly impacted their reach with over 60 million streams on Spotify and the cover of Spotify’s Indie Pop playlist and praise from Pitchfork, Nylon, Paste. About the release of You Are Someone Else, Billboard asserted that “Fickle Friends don’t play by anyone’s rules but their own. That’s how they’ve managed to create such an impressive path for themselves.”

Full dates can be found here: