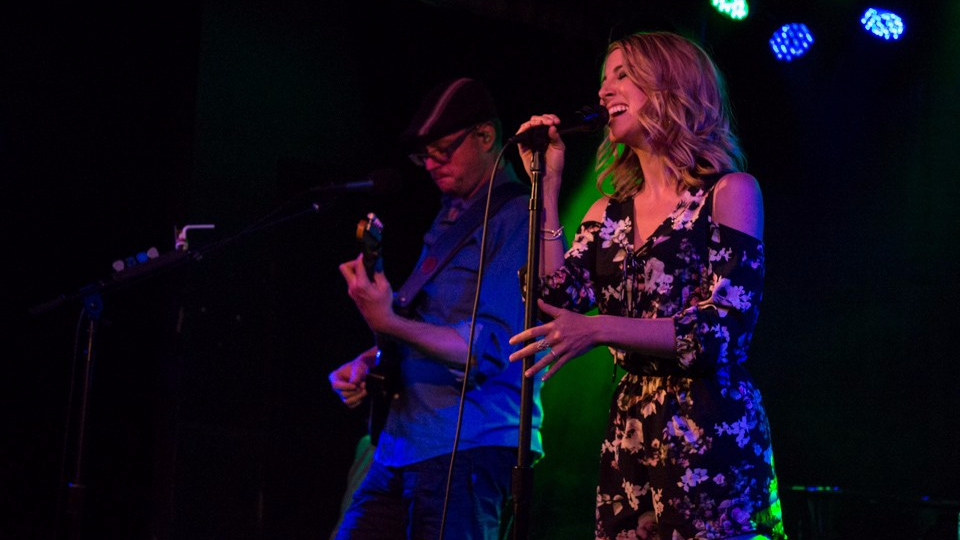 The summer’s heat brought a brutal day to Denver, the first of several to come this summer. Ripples of heat waves on burning asphalt, many sought the confines of air conditioned rooms and late suppers on the terrace. In one of these deep and dark rooms, just below The Tavern at Lowry, The Soiled Dove Underground is a haven where the coolness of the air matches the coolness of the vibe. The room is filling up as lines form equally at the bar and the merchandise table, and all are ready to be crooned and serenaded by a voice as versatile as it is lovely.

On the heels of releasing her second album, Morgan James has been on the road since the end of March. Pulling off a two-night stint at The Soiled Dove is a challenging feat to accomplish, yet she does it with grace and ease. From the moment she takes the stage, the audience is in the palm of her hand, and she knows how to treat them right. Having recently transitioned from a major label and the leapt into the indie world with the self release of Reckless Abandon.

Moving audience to tears with original songs like “Melissa” and “Ransom” to telling heart warming stories about growing up with a love of memorizing an album, front to back, cover to cover. She threw in funny stories of how co-writing sessions for each song on this most recent release was similar to going on endless blind first dates, and how sometimes, they end rather awkwardly.

James hit remarkable notes in cover songs like “Emotions” by Mariah Carey and showcased her Broadway skills not only in vocal capabilities but phenomenal stage presence and charm. It is clear how much she is not only a talented singer/songwriter but how much she loves performing, exuding a light on stage that is truly captivating and mesmerizing. As she closes the show with the title track of the album, “Reckless Abandon” she sings the lines You’ve got me living in the palm of your hand, and that is precisely where this audience, underneath the hustle and bustle of Denver, exist.

See the slideshow of Morgan James at The Soiled Dove HERE!